Recently I saw to two different videos online, the homemade, phone-recorded pieces meant to console or inspire or amuse Facebook and youtube audiences for a minute or two. Both were in a category I would describe as “kid-shaming” and both were meant to be entertaining.

However, the first one was re-shared as an example of child abuse. A black mother is berating and threatening to beat her young black son for not performing well in school. The mother who filmed and posted the piece may have posted it looking for validation and consolation. Her son’s protests are presented as entertainment (he appeals to God and his little sister for help), begs, bargains, and stalls for as long as possible to put off the inevitable physical punishment. However, an educator-activist I follow, Stacey Patton, (@DrStaceyPatton) who does work pertaining to racism and black parenting, presents the video as an example of behavior that, while still often deemed acceptable within black communities, is actually abuse and should be reported and not tolerated.

It is hard not to agree with Stacey Patton’s conclusion that rather than being amusing, this is an example of abuse, humiliation, and even terrorizing this child. Subsequently, many viewers notified Child Protective Services which prompted an investigation into the matter.

What does this have to do with #WhiteMoms? For my part, as a “Good White Mom,” I would never do this to my child. It is so far from what I know of “good parenting” that it serves more as a shocking example from another culture that, for one thing, creates that instant feeling of superiority and validation that I am at least not “that bad.”

[I read stories to my kids at night! I help them with their homework! I make sure they are eating healthy foods and getting to bed at decent hours! I don’t hit my kids!]

Some #WhiteMoms want to help the situation by becoming involved in the prevention, investigation, or treatment of such abuse. I did — several years ago I trained as a Guardian ad Litem to speak on behalf of children removed from their parents in local cases of abuse or neglect. It is hard work, for no pay. There are court reports to write, testimony and cross-examinations to endure, hours of visits to foster homes, therapists, doctors, teachers, housing projects. And a nagging feeling that for all the time and work being put in by so many people, very little change is effected. Another relevant detail is that the GALs tend to be affluent and white, while the families they are ‘helping’ are overwhelming poor and black…

Meanwhile, at about the same time this video was floating around in black parenting circles, another one was being shared that depicted a practical joke two brothers played on their sister. This one came before me widely, as it was considered hilarious by my demographic — white, educated family-oriented people. It eventually made its way onto the Ellen show, and was celebrated there for its humor and originality. No one presented it as an example of systemic abuse, or something that should potentially be reported. No one was vilified, criticized, and there was no dialogue that I saw that this was anything other than a funny prank turned into mass entertainment.

The video shows a 17-year-old girl, still woozy from the sedative administered during her wisdom teeth removal surgery, being driven home by her older brothers. The brothers, using a fake radio report, convince the girl that they are under attack by zombies, and need to flee to Mexico and take only the necessities. The mom participates over the phone by urging them to come home immediately and pack up the car.

[Whether or not she truly believes her brothers is another matter for discussion. The prank assumes she does, for its humor, but it seems there needs to be some measure of a suspension of disbelief on both the girl’s and the audience’s part to accept that she isn’t in mortal fear in order to ‘go along for the ride’ of the joke. However, this possibility isn’t presented by any of them either during the prank or later when they discuss it on Ellen, so we must take it at face value and assume she believes them and is truly in fear.]

So, what could I possibly find wrong with this cute prank video? How could it ever be compared to the mom beating her kid for the bad grades? At first glance, they have nothing in common. Totally different situations, totally different cultures. Right?

In truth, the White Mom of the girl is not at the forefront of the prank. It is clearly the two older brothers who mastermind and execute it. But the Mom is complicit. She knows about it many hours in advance and does nothing to stop it. She even participates in the ruse.

Imagine if the girl had reacted differently and grabbed the steering wheel of the car, crashing it into a tree. Imagine if she had burst into tears, or flung herself onto the highway, or attacked her brothers. There’s no telling how someone will act when drugged and coming out of surgery, and convinced they are under attack by zombies. Thankfully, none of those things happened, and the girl was silly and cute alternately conveying fear and anger when asked to pick either the dog or the cat to take with them (“The cat, you idiot!”) and generally displays traits white girls everywhere are encouraged by white male supremacy to display: Cluelessness, cuteness, ineffectual anger, frustration, helplessness, etc.

I expect that some readers might react, “Hey, lighten up, that’s just a funny prank, and the girl isn’t even mad about it after.” (But what choice does she really have when so many people have participated in the prank including her own mother?) We need to review our stereotypes to see what makes it funny. Switch the genders and make it two older sisters pulling the prank on an 8 year old boy. The boy is cute but terrified. The Dad is participating in the prank. Still funny? Then why is it funny if it’s a beautiful teenage girl and her two white older brothers and her White Mom? Could we be part of the problem when we laugh at stuff like this instead of thinking of what it says about how we treat white girls in white families? This girl has learned that she should go along with pranks perpetrated on her by white males she trusts, even (especially?) if she is woozy. She has learned that even her mom thinks it is funny. Is it such a stretch to think that these boys might pull a similar prank on a young woman who is NOT their sister, who is, say, drunk, at a party? And they might think it is okay to do so, and even something they will be praised for?

To me these two videos both highlight systemic abuse and oppression of marginalized groups. The black mom, according to Stacey Patton (follow her if you want a more nuanced discussion of this) is being abusive toward her child and expecting laughs and sympathy. The white mom, I argue, is being similarly abusive but in a more covert way, by allowing and participating in a potentially dangerous and emotionally harmful act against her own minor daughter. In the first case, the best outcome is that the State will intervene with “services” and possibly remove the child from his home and break up the family. In the second, there will be no intervention and the girl must live with the lesson that she is an object of amusement/abuse for white men, even the ones who love her the most. 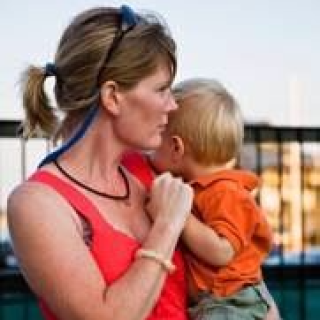